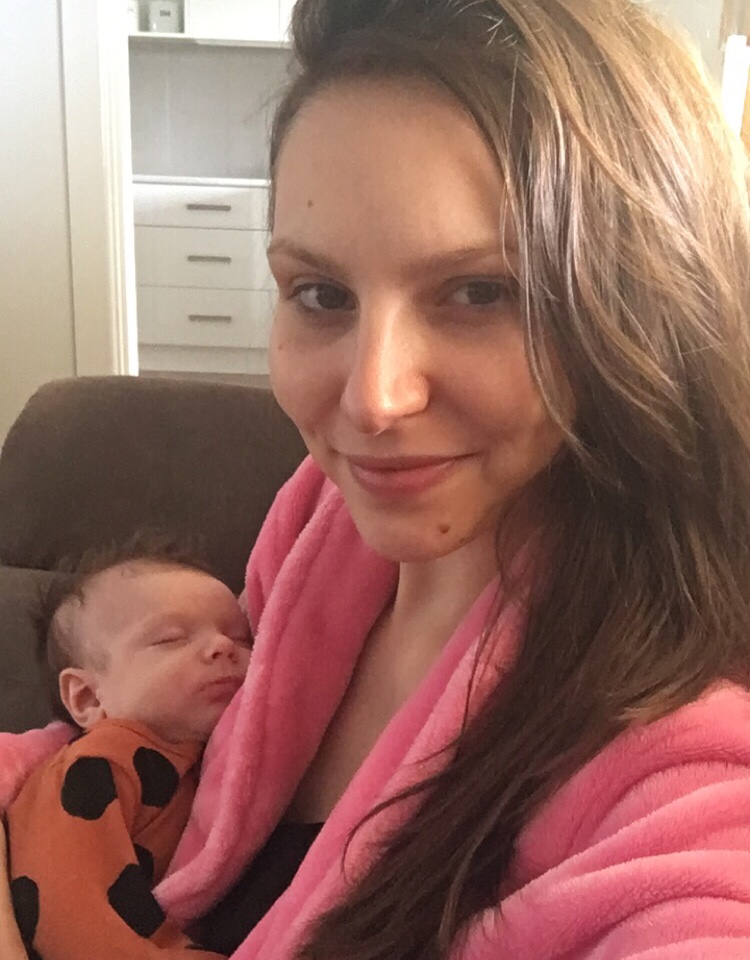 Posted at 07:26h in Fashion by Kellie Nobes 8 Comments
2 Likes

I’ve sat here, for a lengthy amount of time, trying to somehow find the right words to describe the last four months. I feel a strong sense of angst about whether I’m sharing too much about my personal life with you all, and whether everyone is interested, or getting sick of hearing about it. For that exact reason I have postponed writing this blog about three times already. That little self-doubt voice in my ear has somehow forced it’s way into the forefront of my mind lately, and it’s made me super angry and disappointed at myself. I hate to admit that I’ve spent more time worrying about what people think of me in the last few months, than I have in my whole entire life, and it’s been a real buzz-kill. 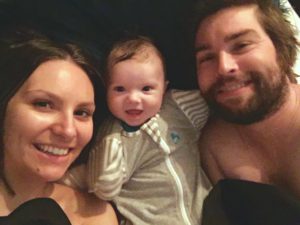 In May of this year my amazing husband and I welcomed a beautiful baby boy to the world, our darling little Ziggy, and boy do we love him immensely. People warned me that motherhood was a rollercoaster of emotions, but it’s not until you become one that you truly understand this. I considered myself a very confident and outgoing person, someone who was pretty cool, calm and collected and tried not to sweat the small stuff (I’m sure that said husband would probably disagree at times). I will however, hand-on-heart admit that I’ve cried more times in the last 16 weeks than I have in the last 3 years. I literally cried watching Survivor last week. Yes, that’s right, Survivor. Dirty, hungry people in the jungle apparently make me emotional now, who would have thought. Emotions have come in and well and truly smacked me fair in the face, and there’s been a tonne of negative ones. I felt I kind of knew to expect big changes, but the biggest change for me was adjusting to my new mental state. My new mental state that was full of stress, self-doubt, negativity and worry. These feelings caused me to obsess over everything from Breastfeeding, my appearance, my Social Media platforms, my friendships – literally every single aspect of my life. And this phase hung around longer than I would have liked and had a big impact. I hid a lot of it, wearing a smile.

My new role as a mum is the absolute BEST. I love Ziggy more than I can put into words. Nothing prepares you for the love you feel for your own child. But I’m also honest in saying it’s the hardest role. There are days where I feel like I’m totally smashing it and doing fricken’ amazing, and then there are days where I don’t shower and feel I could explode at any given minute. Admitting this, was hard to begin with. Again, that self-doubt voice would come in, and I’d feel maybe people would judge me if I showed any signs of cracks. When you start talking to people, you realise everyone is in the same boat, and the cracks don’t mean you’re failing, they mean you’re real. I’d analyse my every move, and it became toxic. 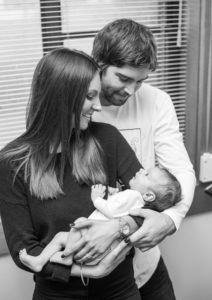 I’m a hard-worker, and have always immersed myself fully in work, often having more on my plate than I probably should. Saying no to things isn’t my strong suit either, I really am a self-confessed people-pleaser. So as eager as I was to have some time off and enjoy this phase, I also knew I’d struggle to be fully detached from it all. I crave creativity in my life, and to switch off from all my roles was harder than I imagined. I felt everyone telling me to just enjoy this time, and I really was, but there came a point where my mental health needed repairing, and for me it was to try include little bits of my pre-baby life back into my new routine. This meant some work.

Ziggy has become the ultimate time-sponge (as his dear grandpa labelled him) and it’s been so amazing to spend this time at home watching him grow and change. But in between his naps, and singing nursery rhymes, and reading The Very Hungry Caterpillar a million times over, and of course snuggles, I’ve spent some time putting things into place for my business, getting back into a creative, positive mindset again. I wanted to build this business to be able to spend more time working from home, so that I could enjoy these years with Ziggy. My sister-in-law shared something a while ago, and it stuck with me. “We expect women to work like they don’t have children, and raise children as if they don’t work”. I feared if I wanted to work so soon after having a baby, I’d be seen as a bad mum, and then I realised something amazing – I can actually do whatever the hell I want, and it doesn’t make me a bad person, let alone a bad mum.

So I’ve spent time, revising my business and what I want it to become. I’m relaunching what.kel.wore to be something bigger and better. It’s getting a new look, new services, and a new philosophy. Self-Care – not just Self-Image. Little things and tweaks to remind us that it’s not only about how we look but how we feel. Often the two can go hand-in-hand, and that’s why I really love my job. I don’t just want to make you look great, I want to make you FEEL great.

I can’t wait to share it all with you in coming weeks, and I hope it’s well-received. But if it isn’t that’s ok too, because I’ve kicked that self-doubt voice to the curb. Just by spending time on doing something for me, I’ve begun to feel more like me. And a happier me, meant a happier baby. And it worked. 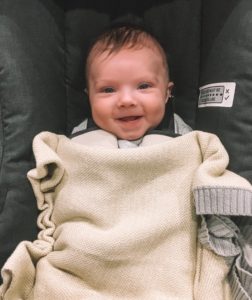 P.S – TO ALL THE MUMS OUT THERE – YOU ARE ALL AMAZING.

P.P.S – Thankyou for all the support and love over the last few months, I’m eternally grateful.